St. John’s Episcopal Church, Norwood Parish, in Chevy Chase is pleased to invite you to attend an organ concert by Nathan Laube at 7:30 p.m. on Saturday, April 14. The concert, which is open to the public, is in celebration of the 10th anniversary of the installation and dedication of St. John’s 3,529 pipe instrument, built by Berghaus Pipe Organ Builders of Bellwood, Illinois. Mr. Laube is known both nationally and internationally and has been described as a “brilliant artist” with a “perfect blend of imposing technique and refined musicality.” 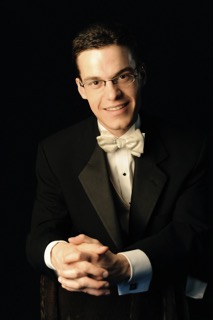 St. John’s will host a reception for Mr. Laube in its Parish Hall immediately following the concert. There is no charge for the concert, but donations to the St. John’s Friends of Music will be gratefully accepted. St. John’s is located at 6701 Wisconsin Avenue, Chevy Chase, MD.